If you’ve ever used the term immigrant rather than expatriate or vice versa, have you ever thought about why you chose one over the other? Perhaps there are subtle distinctions between the two that you’re unaware of, or maybe you just have your own associations with what each one means. Words have an incredible amount of power, so it helps to understand the literal definition as much as you understand the contextual one.

That’s right, both expatriate and immigrant mean the same thing. Maybe their definitions aren’t word-for-word: a person who lives outside their native country VS. a person who comes to live permanently in a foreign country. However, it would be difficult to argue that there’s any real difference here besides the spelling of each word. Some people think that the word expatriate refers to a person who has a vague notion of returning to their country of origin at some point, but there’s little dictionary evidence to support that this is the right way to use the word. Of course, in real life, words are sometimes corrupted by the public regardless of their actual meaning.

How Immigrant and Expatriate are Usually Used

For the most part, people tend to use the word immigrant to describe those who have fled their country in order to find new opportunities for themselves and their families. The word expatriate is more likely to describe someone who has left an already wealthy and stable country in order to take on a new role in their life. Usually, it’s a professional role in a different wealthy and stable country, but not always. Those who are indefinitely in the Peace Corps may be called an expatriate regardless of which country they choose to perform service in. It has come under some amount of scrutiny that people tend to use word expatriate to refer to those of European descent while they use immigrant for those of color.

The end result of how these two words are used is that people may view immigrants as those to be scorned or pitied, while expatriates are accepted members of a community who should be respected. But this over-simplification can lead to real confusion. For example, high-ranking African professionals are almost exclusively called immigrants no matter their station. By lumping everyone together, the public doesn’t get a chance to see the real similarities and differences that lie between individuals. Just the connotation of these two words can drastically alter a person’s opinion — even if they don’t realize it. After all, both sets of people are battling many of the same hardships of trying to adjust to another country.

Finding out about words should be a fun journey, but it can sometimes take you down a more enlightened path too. Words can be used in a political way as much as they’re used to clarify a situation. Immigrant today may feel like an emotionally charged word no matter who you mention it to, especially considering all the recent arguments about the state of the world. It can make people shy away from even using the term because they don’t want to spark any arguments.

If you want to be both accurate and fair to all of the people who choose to leave their country for any reason, you may just want to pick one word and use it exclusively for everyone. You can even clarify what you mean when you talk to someone. Let them know that for all intents and purposes they’re the same word, but that you’re choosing to use one over the other for the sake of conversation. It will help you view things differently, and may just help those you speak to do the same. 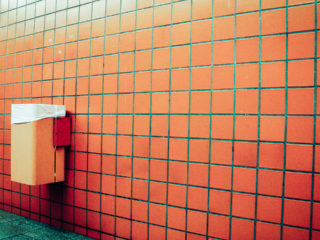 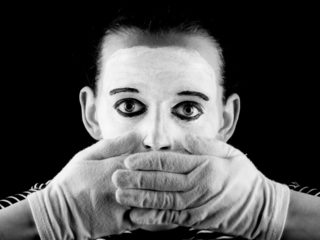