Hurricanes and typhoons are iconic storms that strike fear in the hearts of coastal residents around the world. Collectively, these storms are known as cyclones. Cyclones are formed in the sea, but most of them are weak and die before they reach the shore. At other times, they grow into monsters that can kill can kill thousands of people and destroy anything that stands in their way. If these two are the same kind of storm, why do they have different names?

Comparison of Hurricanes and Typhoons

Hurricanes and Typhoons are both cyclones. A cyclone is a mass of air and thunderstorm that spirals around a pressure point –also called the eye of the cyclone.The deadliest hurricane on record is the Great Galveston Hurricane of 1900, which caused between 8000 and 12000 deaths in Galveston, Texas. The hurricane reached Galveston on September 8 as a Category 4 hurricane with a storm surge of 8 to 15 feet. The deadliest typhoon on record is Haiyan, which killed more than 6,300 in Philippines alone. However, hurricanes and typhoons differ in a number of ways:

The main difference between hurricanes and typhoons is where they are formed. Generally, the name hurricane – which comes from the Spanish word huracán- is used to refer to a cyclone that is formed in either the North Atlantic Ocean, the NE Pacific Ocean, or the South Pacific Ocean with a sustained wind speed of 74 miles per hour. By contrast, typhoons are cyclones that are formed in the Northwest Pacific Ocean with sustained wind speed of more than 74 miles per hour.

Typhoons are generally stronger than hurricanes because the water in the western Pacific is warmed. Warmer water creates better conditions for cyclones to develop and grow. The warmer water also means that there are more typhoons than there are hurricanes. In addition, typhoons are generally stronger than hurricanes. For instance, hurricane Katrina sustained wins speeds of 173 miles per hour. By contrast, the peak wind speed for Haiyan was 196 mph.

4. By Direction of Rotation

Hurricanes and typhoons are huge storms that rotate around a low pressure area. This low pressure area is called the eye. The eye walls are the most destructive parts of a cyclone because the intensity of the wind. Because of the Coriolis Effect, typhoons rotate counterclockwise, while hurricanes rotate clockwise.

The hurricane season in the Atlantic and central pacific region runs from 1st June to 30th November. By contrast, the typhoon season starts in April and runs until December. In the last few years, the intensity and frequency of cyclones has increases due to changes in the climate. It is therefore not uncommon for cyclones to can occur outside this period.

Hurricanes and typhoons are given new names each year. A few of the names given to hurricanes in 2017 are Ophelia, Irma, Jose, Katia, Lee, Maria, Nate, Ophelia, and Philippe. Typhoons that occur in the Chinese and Japanese regions are named after living things, rivers, plants, or objects. Some of the names for 2017 typhoons are Auring, Bising, Crising, Dante, Emong, Fabian, Gorio, Huaning, Isang, Jolina, Kiko, Lannie, Maring, and Nando.

There are more typhoons every year than there are hurricanes because of the warmer water in the Northwest Pacific Ocean. Only 10-15 hurricanes occur, as compared to 20-30 typhoons each year. 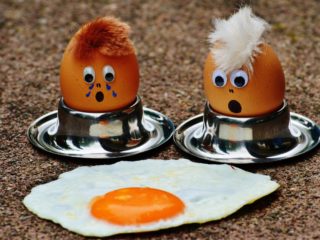