Language changes with time. If there’s one rule of human communication, it’s that. That’s the reason so many different languages have evolved around the globe. But the fact that our systems of communication have a strong tendency to defy the rules of standardization can be as frustrating for purists as it can be amusing to the rest of us. Throughout time linguistic shortcuts, in-group lexicon, and downright perversions of proper words slowly gain acceptance- and there’s no reason to believe the constant mutation of speech will ever stop. One great example is the word “cuss,” which is a colloquial variation of the word “curse” and has gained widespread acceptance as meaning “to say a taboo word.”

Since the advent of the Internet, the transformation of languages has accelerated- to say the least. In truth, new words and phrases have never been generated and accepted at such an alarming rate. Unless you’re especially stuffy you’ve probably made use of a few of these new Frankensteinian words like “LOL,” or “Pwned.” But there are so many that we could probably fill this piece of typographical real estate just by listing a few hundred of them. So we’ve picked out a few of our favorite lesser-known online linguistic mutations in the hopes of expanding your apocryphal vocabulary.

No, it’s not a city in Afghanistan, it’s an abbreviation of ‘what the fudge.’ – except it’s not ‘fudge,’ obviously. It’s a new way of saying WTF, which- after being around for a while was a little too on the nose for family-friendly cussing. “What dafuq is this, some kind of pity party for knuckleheads?”

A personal favorite, ELI5 is Internet shorthand used to ask for someone’s elevator speech. It means ‘explain like I’m five,’ and as many notable egg heads have said throughout the years if you can’t explain something simply- you probably don’t understand it. This abbreviation has become popular with executives and business crowds since they’re always looking for briefer ways of explaining how to get things done.

While it does sound like the common term for some sort of cruel genetic disease, facepalm is a cheeky way of expressing a combination of dismay and disdain. It is used when someone has said something so ridiculous that the only practicable response would be to place one head in the palm of one’s hand. Facepalm generally comes in three degrees of severity; ordinary, atomic, and epic facepalm.

A rough approximation for ‘kicks’ with a less thrill-oriented characterization. Lulz are usually what one gets on the Internet when one is amused by the misfortune or cringe-worthiness of another. It’s usually in reference to something someone does, which would normally be considered a waste of time, (like ‘sh*tposting’), which we explain away by indicating that it gives us pleasure- and is, therefore, worth our time. “I did it all for the lulz.”

This is electronic kid speak used when the conversation cannot go in direction X because someone’s parents are in the room. It essentially means that the conversation will not be interesting until PAW is no longer in effect.

Often read ‘Teal Deer,’ TL;DR means “too long, didn’t read.” It’s a way of either bowing out of a conversation based on a specific article or post, or it’s a way of saying that you weren’t interested in something someone was posting. Either way, it’s an admission of laziness, or at best indifference. But it’s fun to think of how adorable a teal colored deer would be.

It sounds a bit naughty, and maybe it is. It’s a term you would use when something is so good or good looking that you would like to snatch it up. It’s informal hyperbole dealing with time as it’s used in the past tense to indicate that you’re going to obtain the thing with great enthusiasm.

With origins in the world of drag queens, ‘hunty’ is a mashup of ‘honey’ and ‘c*nt.’ It’s a term of endearment used between peers most often and meant to say that you’re a dear, but you’re acting like a b*tch. You can think of it as a sharper way to accuse someone of being excessively sassy.

Nothing to do with Marvel Comic’s Stan Lee, Stan comes from an Eminem song about an obsessed superfan and denotes someone who is obsessively enthusiastic about something. “He’s stanning Game of Thrones writing letters to all the actors.

pronounced ‘out,’ this is an abbreviation for ‘or words to that effect.’ It’s sometimes used as shorthand for ‘basically…’ but more often than not is used as a way to be dismissive about something.

Put a few grapes in your mouth and try to say ‘I don’t know.’ The sound you make is IONO, and it means, ‘I don’t know.’ To be more precise, it means ‘I’ve been too preoccupied to pay attention to whatever it is that’s being discussed.’ Like most online slang, it’s mildly dismissive. 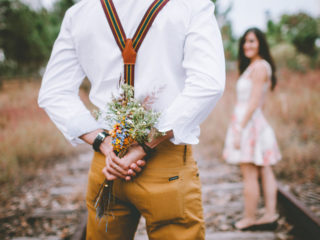 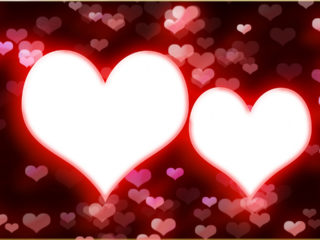