Those lacking a romantic heart in today’s society may try to claim that Valentine’s Day is nothing more than a greeting card holiday, designed to encourage consumer spending under the guise of love. However, the reality is, Valentine’s Day is an ancient holiday with both Christian and pagan roots. For centuries upon centuries, people have been confessing their love to one another on this amorous day. While it’s a tradition nearly as old as time, the Valentine’s Day greetings have changed over the years.

Shop beautiful coin necklace from 5th and Envy for your Valentine’s Day Gift.

Here’s a look at a few historical Valentine’s Day greetings:

To My Valentine, May Every Good My Dear One Bless Life Virtue Health and Happiness

This Valentine greeting was discovered on a German card that dates back to the late 19th century. It embodies the Victorian ideals that were common during this time, particularly emphasizing a woman’s virtue as a token of attraction and romance. In addition, it proves that a true gentleman valued the special woman in his life and sought to shower her with praise, love and affection. While not the only Valentine greeting during this time period, it’s likely representative of the common themes that would be found on greeting cards or within love letters.

I am Already Sick of Love, My Very Gentle Valentine

This phrase is an important milestone in the history of Valentine’s Day, because it is thought to be the first Valentine greeting ever to be written and preserved. It was composed by the Duke of Orleans, as he was imprisoned in the Tower of London during the 15th century. The duke composed this message in French and had it sent to his wife, who he had left behind. The circumstances surrounding this greeting certainly explain the sadness that lies within it.

Anticipation — Passed Her By, Heaved a Sigh, Made a Bow, Love Her Now

This was written on a Valentine greeting that was sent to someone’s lover in the early 20th century. It seems to tell the tale of an individual who mistakenly passed on love with a special person, only to make amends and be able to love her forevermore. It’s a sweet and honest poem, one that stands the test of time with its sentiment. Surely, it’s a message that was appreciated then much the same way it would be appreciated today by someone in similar circumstances.

Roses are Red, Violets are Blue, the Honey is Sweet and so are You

This is often the first love poem that young children learn, and with good reason. It was a Valentine’s Day message that was published in a nursery rhyme collection in the late 18th century. It became a popular ode among young children, which is likely why this greeting is still taught in the schoolrooms today. It proves that romance on Valentine’s Day can be simple and classic yet still have the same effect as longer, grander messages in which someone professes their undying love. Sometimes, you just need an idyllic rhyme to get the point across.

If You Love Me, It’s Time You Said So

This silly forward phrase was discovered on a Valentine greeting that was published in the United States in the dawn of the 20th century. It embodies the American spirit, in which workers who did what they needed to do in order to get what they wanted were able to accomplish the American Dream. Perhaps it’s the type of Valentine greeting that could still be used today between two people who were just flirting with the idea of beginning a new romance.

From the verbose Valentine’s Day letters of the 17th and 18th centuries, to the short, sweet and to-the-point greetings of the late 20th century, people have been finding ways to express their love on February 14th through the art of language. These are just a few samples of historical Valentine’s Day greetings, but there are endless examples of love letters from the past to consider. 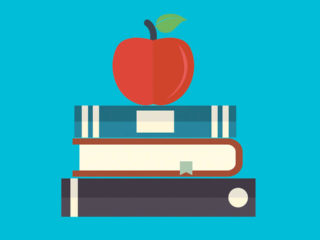 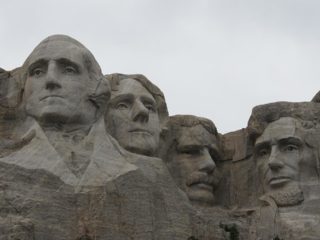