One of the longest running jokes leads back to the old comic book character, Popeye. He used to say, “muscles” with a hard “k” and not a “c.” He also did it with the word “mispronunciation” and basically said it like this “mispronunSKIation.” It’s funny that Popeye was saying that specific word wrong, don’t you think? Word pronunciation can be truly be humorous at times in a very fun way.

People do mispronounce words incorrectly all the time. Sometimes it’s an accent or regional thing, while other times it’s simply because the English language is just so complex to master that people get confused. They learn words incorrectly and just keep saying them over and over again, without thinking much about it. Realizing you are saying a word wrong can be embarrassing, which is probably why people don’t point it out to other people more often.

Correctly this word should be pronounced with a silent “t.” Many people don’t say it that way though and it has been debated over the ages for awhile now. The word comes from “oft” in Middle English, but when the “en” was added in the 1500s, Queen Elizabeth herself didn’t pronounce the “t.” That is why it’s most commonly thought to be the correct pronunciation without it.

This is a superfood berry that’s added to many smoothies and health foods. When you say acai, it shouldn’t be ah-SIGH berries, but ah-sigh-EE with more of an emphasis on the end syllable for the correct way to say this truly three syllable word. Don’t let the guy at the smoothie shop laugh at you anymore when you order your acai berry drink.

MIS-cha-vous is the correct way on this word, but many people love to say it with a CHEE in there, as in Mis-CHEE-vee-us. Doesn’t it sound more naughty the wrong way? Maybe so. But don’t make swiss cheese out of this word. Get rid of the “chee” once and for all please.

There isn’t a “k” in this word, but that doesn’t stop some people from saying a-PLICK-able. To correctly say this word, stress the first syllable APP-lic-able. Otherwise you are applying the use of this adjective the wrong way in your speech.

Don’t drop the “r.” You have to say the r in the word even though it’s a bit of a mouthful, February, to say it correctly. It should sound like FEB-ru-ar-ee.

This isn’t even a word. Just stop saying it. It’s just regardless. Period. End of story. So many people just love saying this word that it’s almost become an epidemic of wrongness.

Some people say it JOO-la-ree, but really it should be said JOOL-ree. You don’t want to add an extra “a” in there, because it just sounds ridiculous to make it a three syllable word, when in actuality jewelry only has two.

Also not a word. It’s two words, in particular. There isn’t even a “m” involved at all! Why in the world are people making up new words? Just by accident really, because the fact is that people sometimes get lazy with their speech.

This is one of our favorite words on the list. The correct way is GAY-luh, not Gal-uh. You would think there would be a “y” in the word, but considering it comes from the old 1600s French word “gale,” as in merriment or pleasure, there isn’t a “y” in sigh. It’s just said like there is with the proper pronunciation. 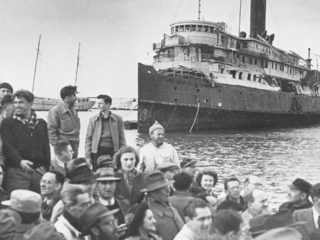 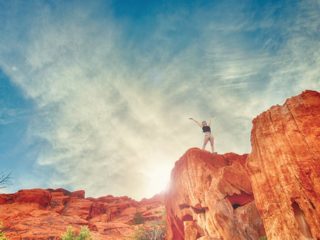